Oh, the glorious recap post. One of my favorite posts to read in blog land, and one of the funnest to write, in my opinion! Bacon and I had an interesting year, to say the least. I am not entirely sure how I feel about it, though that recovery at the end of the year probably saved it for me. So, without further ado, let's dive in. 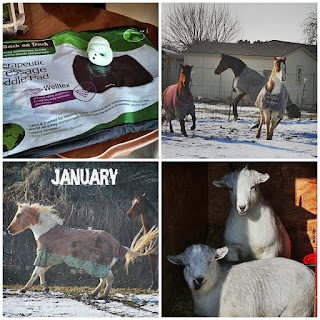 The year started off with me winning a Back on Track saddle pad from a written contest held by Horse Nation. You can read my essay again here if you so choose. It was definitely a nice start to the year! The ponies also finally got to enjoy the pasture again. I also came up with my crazy horse/motocross video with my hubs, but that is yet to have panned out. Don't worry, we are still working on it! 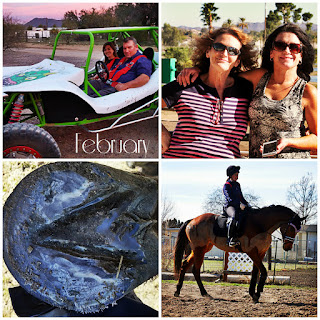 This month saw me headed back to my homeland, Arizona, to visit my mom and grandma down there. Though I had a great time and enjoyed/melted in the hot weather, I was itching to get back home. I also discussed the battle with Bacon's weight and trying to find that magical formula to make her look her best. I did a happy dance, because at last Bacon had FROGS after epic hoof battles. And I finally had my first ride on my pony at the end of February, which was also exciting because I got to try out my new Premiera Equestrian bridle and FUN bonnet! It turned out to be a nice ride. 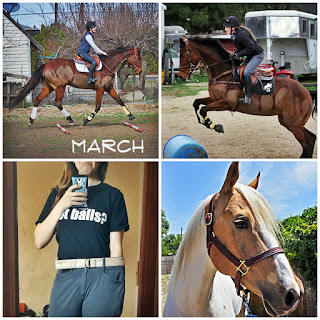 I posted the most this month (a whopping 11 times). You could say I slacked on blogging this year. Anyways, I started to ride a bit more but discovered it was harder for me than previous years. I would get tired very fast and be so cold once I was done. Bacon was also much more "up" than she used to be as well, so that didn't help. I discussed by saggy breech syndrome that I had been having. We busted out some trot poles for our first day back in jump tack, and even jumped a "suspicious" cross rail. I made one of the hardest decisions ever when I decided that I would be selling Vegas this year and cried when I posted about Booger being gone for 9 years. 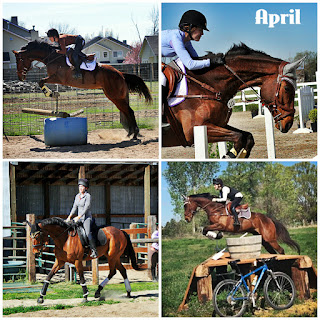 We hit up our first and only local show of the year. Bacon had been quite dragon-y for all of our jump schools, so I was a bit nervous. The dragon remained for the horse show and it was a bit tense, but we survived. I was pretty dissapointed when we had our worst jump round ever, and after watching the video, realized maybe it was because MY SADDLE WAS ON MY DAMN HORSE'S NECK. Whoops. We did our first xc schooling of the year too, at Tulip Springs in Kennewick, WA. The first day was a little rough, because dragon, but the second day was amazing. We jumped mainly training level things that day, even throwing in some prelim stuff. This included our first corner, trakhener, coffin, and drop into water. Although it took me a week to recover from the trip, it was totally worth it. And I signed up for my first recognized horse trial, which was supposed to be Aspen. 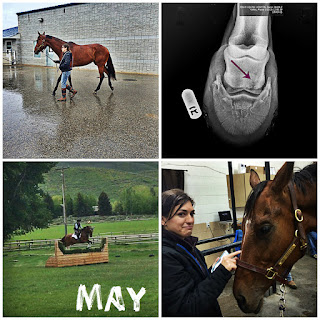 May started out ok. But then it wasn't fast. I was still trying to figure out handling Bacon's new love for being hotter than normal. I signed up to go to a jumper show a couple of hours away because it had the opportunity to school xc the day before. While I enjoyed the company and Bacon proved to be awesome out on xc, she came out super lame the day of the show. I thought it was due to a bruised foot from the rocky footing, but I was wrong. We tried a different pad set up that following Monday after we got home, but it still wasn't right. I gulped and put a call into our Equine Hospital. I wanted answers. And boy, did we get them. Our wonderful new lameness vet found the problem. A bipartite navicular bone in Bacon's right front foot. We drained the excess fluid from inflammation out of her coffin bone area, and injected her navicular bursa. After four days of rest, I was to see what I had. Thank God Aimee came with me that day. 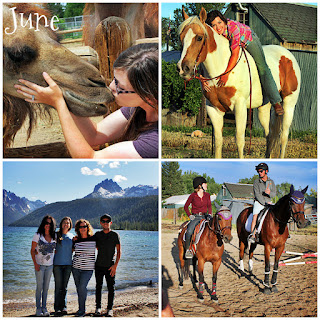 I had only two posts in June. I think I felt pretty meek after Bacon didn't immediately recover from her injection. Though, I think most of that was due to my farrier being unable to come back out and re-shoe her as soon as we would have liked. No fault of his own! I had to scratch from Aspen, which made my heart sink. And then I sold my blonde unicorn, which really really made it sink. Part of the other reason for the silence on the blog was my mom and grandma came out for a visit. We had a great time, did a great hike, and I even rode Bacon for the first time after her injections. And she felt great! She even let my brother and mom ride her. I was pretty happy.