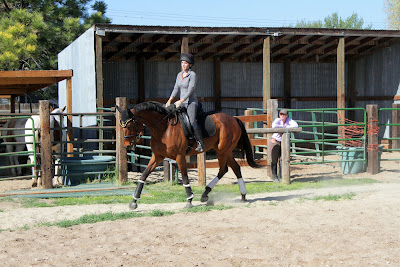 Yeah. It took me a whole week to recover from my xc clinic. That saddens me, and so does the lack of media from it, but that's ok. Because I know in my brain that it was awesome and worth it. I had learned a week or two earlier from my pulmonologist appointment that my lungs are larger than average, but that trap gasses so they don't work all that well. So, I should just be pretty happy that I had no asthma attacks! I was feeling ok enough (after a crappy morning) in the afternoon on Monday to ride, and the lovely Lindsey and Aimee came over to watch. 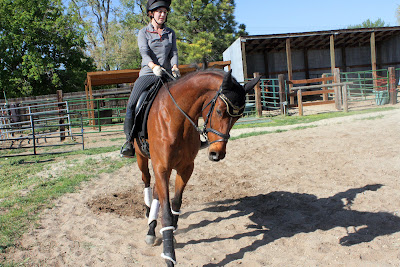 It was dressage day. Hard to follow up that xc clinic with dressage, but damnit, we need to do it. And learn to do it well. I ran out of magnesium for Bacon, so she was extra twitchy and snorty, but that has also kind of been her whole spring this year. I wasn't sure what kind of horse I was going to have under me, but either way, it felt great to be back up there. 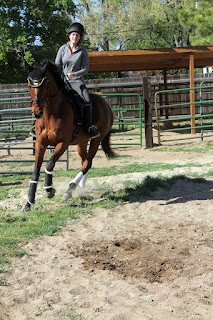 She was a little distracted at the walk, and she is always bored starting with it, so she always tries to find other things to look at. We also were trying a new bit, a knock off Sprenger loose ring with a bean. She was quite fussy in the bridle for the whole ride though, with lots of head tilting and locking of her jaw.
We moved into the trot, and she felt pretty nice. A lot of the bend we had been working on was gone though, so there was a bit diving around on the forehand and shoulders not quite cooperating. I had to use some bigger half halts to get her attention, but she was still moving out pretty good. The canter was much the same, filled with nice moments and some not so nice moments. Aimee snagged some pictures of us, and we looked better than I  thought we might. But I am sure she deleted all of the ugly ones. 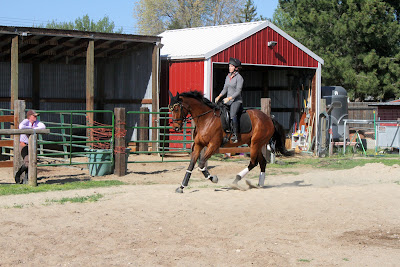 Another thing both friends noticed was my right side always pushed further over. Like I am consistently riding on my right seat bone. I tried to straighten out, but it was quite difficult. We ended the ride with a stretchy walk and more stretches on the ground. She must be feeling something different this year, as there is more sass and she is moving around quite a bit more. I do think she could benefit from some body work, so hopefully I can schedule that in the future. 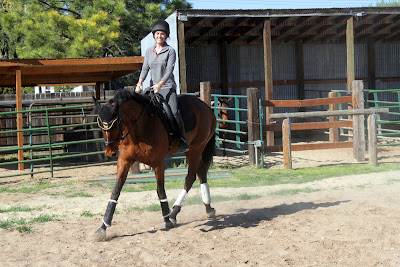 I did another dressage school last night, and I was pretty please with the pony. She was much more cooperative to be on the bit, although a little heavy, and seeked the contact out, even with my reins a touch long. I am sad that I didn't have husband take pictures or video. She was more responsive to our trot-canter transitions, and we even tried a simple change in two steps. I have never tried a simple change like that, so that was pretty cool! I was pretty proud of my girl and gave her a nice and easy ride after she made it nicer for me.

Posted by HolyBully at 7:30 AM