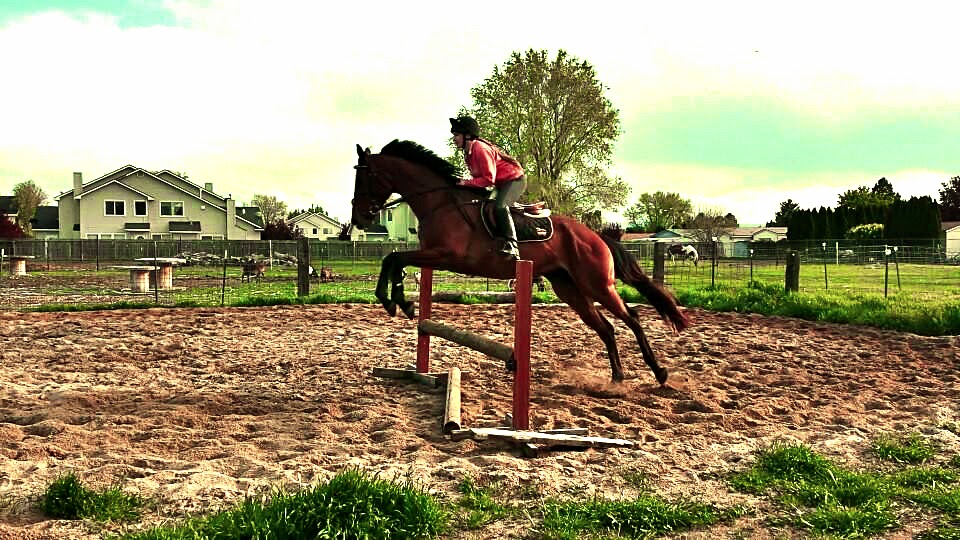 I am still debating whether or not drugs are actually my friend right now. I feel like maybe the fibro drugs are helping a wee bit. Especially now that I am getting over most of the side effects.  I still have some sleep deprivation and some general weakness and shaking, but I can deal.
I had a recheck appointment with my doctor the other day. I was as calm as could be for me in a doctor's office. Not sure if that is do to he anxiety meds, or that she is just a super cool sassy doctor. She makes the experience feel like I am arguing with one of the girls at work. Random comments and sass galore are being thrown about. She says crap like "I am the only Asian that can't do math" and after asking if my mares were all on the same cycle and me telling her some, but they all turn into hussies and rub themselves on the fence, she proceeded to say "Maybe they learned that from you."

Lady, I don't go rubbing my hoo-ha on fences. Where does she come up with this?
But all jokes aside, she had some lab results for me to look at. I tested positive for Lyme's disease, and also tested positive for ANA (antinuclear antibodies) at 1:320 for both speckled and homogeneous patterns. Lyme's disease is a little rare in the our area, so I wonder where the hell I picked that up and how long I have had it for. Fortunately, it can be treated with antibiotics but may have some lasting joint, skin, heart and CNS effects. (Also unfortunately, while on said prescription, I cannot eat dairy or have prolonged sun exposure. So basically no fun).

As far as the ANA goes, it could be nothing, but it could also be something. Given all of my symptoms and the fact I tested positive for both of those patterns is reason to dig a little deeper. A few different autoimmune disorders can be involved, particularly systemic lupus. So it is off to a rheumatologist for me. But hey, at least the crazy doctor is getting somewhere with me.
In other news, we finally got our engagement photos done. It was a loooong day/night, and I am glad it is done. Bacon and Pandora were bathed and beautified, despite Bacon getting loose and trying to strike when the clippers were by her ears. Let's just say Blake was not amused, and horse got spankings. We got ready, came back out and aced the crazy one and waited 10 minutes to load. Yep, she blew through the ace real quick. Oh well! We had a nice drive to Adrian, OR where we met with our awesome photographer. We unloaded the horses first, where Bacon about ran over the top of me and Blake. She was really scoring points with him.
I had then realized the neither one of these horses had been in the "wilderness". Eyes were bugging out and they had ants in there pants. The photographer wanted to do a shot with just us and Pandora and asked if Bacon would be ok tied up. Probably not, but whatever. She'll have to learn she can stand there and be alone, and she will do it now. She was still alive when we came back, so that was good. Next was photos with the dogs, where Meaty promptly found the river, and thus was soaking wet for all of the pictures. I asked the photographer if we could get a pick of us on our horses, and she was thrilled. I was too, once I realized that Bacon got her mind back as soon as I was sitting on her.
We took a little adventure over by the river and down a trail and had to stand still and pose. And she did great! Maybe I will have a trail horse on my hands? Maybe she will be alright over a cross country course? Who knows! Finally we went back home...and I got to see the pictures today and they are freaking awesome. You will see soon!
Posted by HolyBully at 7:06 PM 3 comments:

Resting is Pretty Much Crap


Remember how I was dumb and fell off of Bacon and hurt my arm? Well, I had another brilliant idea. Hop on a racehorse two days later! But damnit, I wanted to ride! And I wanted to ride a racehorse! And I was given the opportunity to ride two different horses. HELLO!!! How could I pass it up?
The "new" horse was Proud Bok. A 4 year old brown filly out of Proud Citizen. She is beautiful and sassy, and apparently quite slow and easy on the track. Done deal right? I hopped on her and redheadlins walked us to the track. As soon as she let go, we did a couple of hops (nothing extreme) and finally settled into a nice jog. We were supposed to backtrack for two laps. And it was incredibly windy. She got to work and we had a really nice jog going for about 1/3 of the track. Then she decided to hop some more and try to grab ahold of the bit and turn. And of course, I tried to pull her head back around with the hurt arm.

YOWZA.
Now the pain was not only in my forearm, but all the way up my arm. We got into a nice groove again, and the stupid ass wind blew another huge gust and she got silly again. And again, I had to pull her back with my arm, which felt even more painful and useless the second time. I made the decision to go down the chute and off of the track instead of continuing. I knew I wouldn't be able to hold her with one arm, but I still felt like I failed a very simple task. I tried to fight tears as I hopped off and grabbed my arm in pain. The trainer patted my helmet and told me it was ok. Thank you trainer.
My goal was to hop on and ride today at the track, but the others knew better. I need to heal. No point in re-injuring it over and over I guess. Hopefully Saturday or Sunday will be the day. My goal is to be able to work one this year, so fingers crossed! And since I didn't ride Bacon the last couple of days, I hopped on today. She is so fun and fancy. We really need to work on transitions and maintaining a relaxed state, but she is slowly starting to figure it out.


So. The last time I fell off a horse (that I can remember) was when Vegas reared and fell on top of me. I kind of had no choice, cuz crazy blonde paint was hitting the ground with me. And so, when I hit the ground today, I was a little surprised. And it was all my fault.
The Bacon was being pretty awesome, but with a little extra forward. No biggie. And then I decided to steal my dad's saw horses and fashion the tiniest jump in my oh so small arena. That was bad decision number one. Number two was deciding to jump the pony towards the fence, which leaves one stride before turning. Bacon was rushing it a little bit, and trying to figure out her legs again, as she hasn't jumped since last March. Bad decision number three happened right after the jump. I didn't give her a clear direction as to where to go. She began to go to the right, so I positioned myself, and instead she went to the left. And I kept going right. It was actually quite a graceful landing in the sand, right on my small, very dumb, ass.
Somewhere in the middle of that falling though, I did something weird with my left arm. When I went to get back on the mighty mare (who stood right next to me and didn't budge) I noticed that when I went to grab the reins, I had a very sharp pain. Any pushing or pulling or picking up motion caused the mid part of my forearm to hurt like hell. Whoops. But I got back on anyways.
I wanted to test the waters and see if I could still ride with it. It was kind of useless, but I could hold the reins and hold it up. Good enough. Bacon seemed to be worried that I might levitate off of her again, and she went very slow and cautious with me. Good pony! Blake came out, snapped a couple of pics of us hopping over a couple more times, and then we called it quits. I feel so ashamed and embarrassed that this happened. But it could always be way worse.

Also, I got to gallop No Fear Baby on the track again on Wednesday. It was SO MUCH FUN. We had a really nice pace around the track and I couldn't stop smiling. I got a couple of compliments too, which made me feel pretty darn good. I hope this arm pain goes away soon so I can gallop some more!


Life has just been truckin' along lately. And that is not a bad thing at all! The nice part is, I got that damn ultrasound over with. Maybe next time they will modify my water intake, for pete's sake. I am little. So is this bladder. Leave it alone.
It has been a lot of all work and no play lately, but that changed this weekend. I got a text from Redheadlins on Saturday asking about coming along for adventures. I was all in. We hauled her lovely black mare Diva to board for a week or so at one of the coolest barns around. She promptly got her out and hopped on. Not bad for a greenie OTTB! We were accompanied by the Sprinklerbandit herself and had a good ol' time.

Sunday started bright and early at the track. I got to meet the new horses in the barn. They are all so beautiful. Then it was off to the awesome barn to watch Diva and Papa (Courage) jump around. They did awesome! And I even got to take Papa for a few trips around the arena.
He was very confused by the weirdo on him, but he just went with it.
At the end of the day, it was all about the food. It was a good day.
Yesterday, I took the Baconator out for a quick ride after a really LONG day at work. I haven't ridden her for about a week, but she was great. Blake came out to snap a few shots, and she had her motor going for sure. Right now, she looks diseased. She is one of those that just drops her fuzz and becomes naked. So some parts are naked, and some parts are hairy patches. I can't wait for her to be sleek!