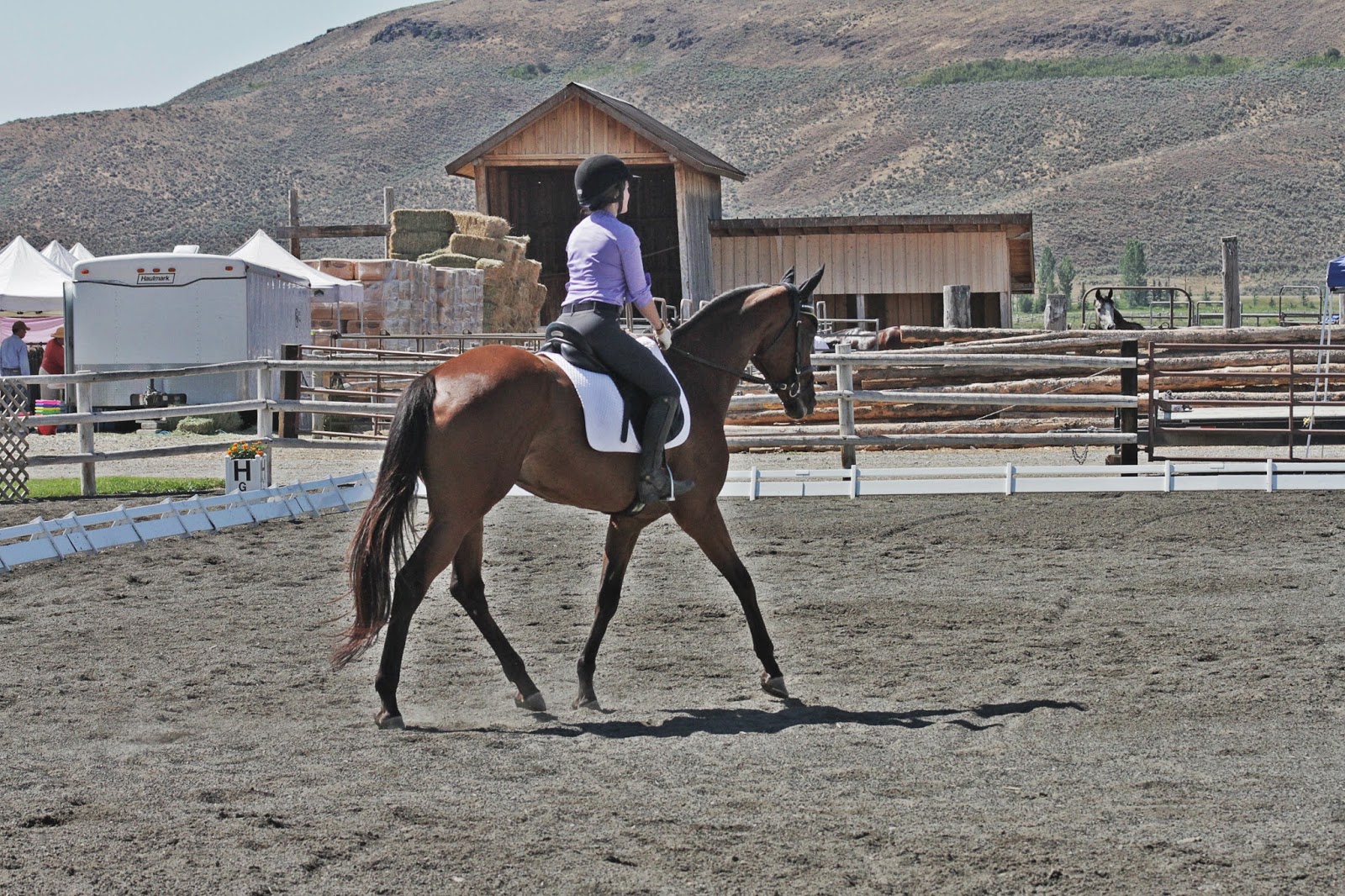 Finally, I shall enlighten you on my derby day experience. My friends know that I get a little bit weird and anxious on show days. This day was no different. Inhaler was at the ready, water was at the ready, Aimee was prepped with running shoes and my camera to make the trek across the waiting area to get as many photos of cross country jumps as she could. But first, there was dressage. 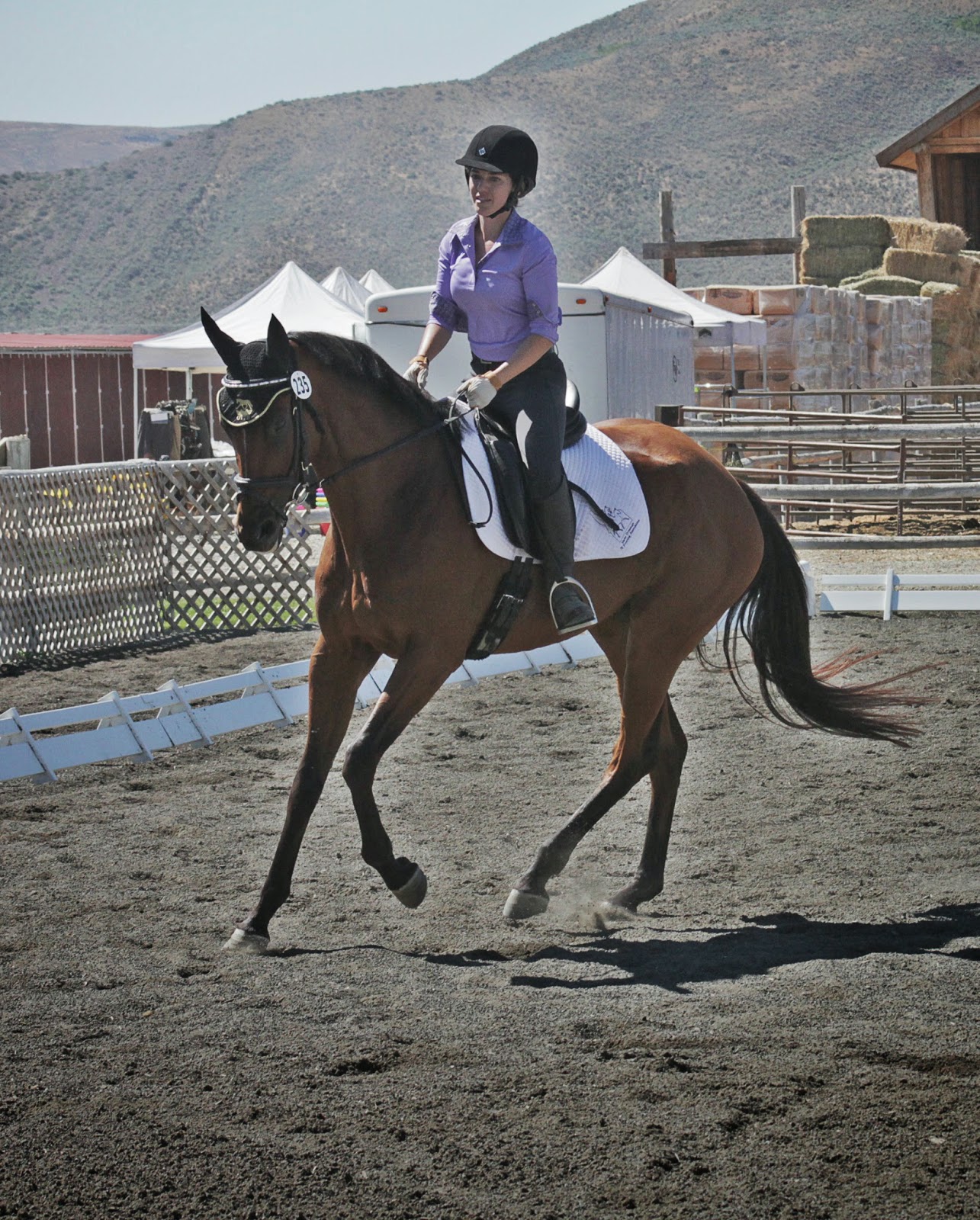 I was on a roll that morning and immediately went to tacking up my horse after barely letting her finish up her beet pulp. I was all sorts of flustered for no real reason at all. I brushed her up, threw on her saddle pad and bridle and went wandering off to locate my saddle. Bacon was really sensing my nervousness, and that didn't help the thoroughbred mare calm down at all. Once the saddle was on, I climbed on and went trecking across the open field trying to get her to settle. 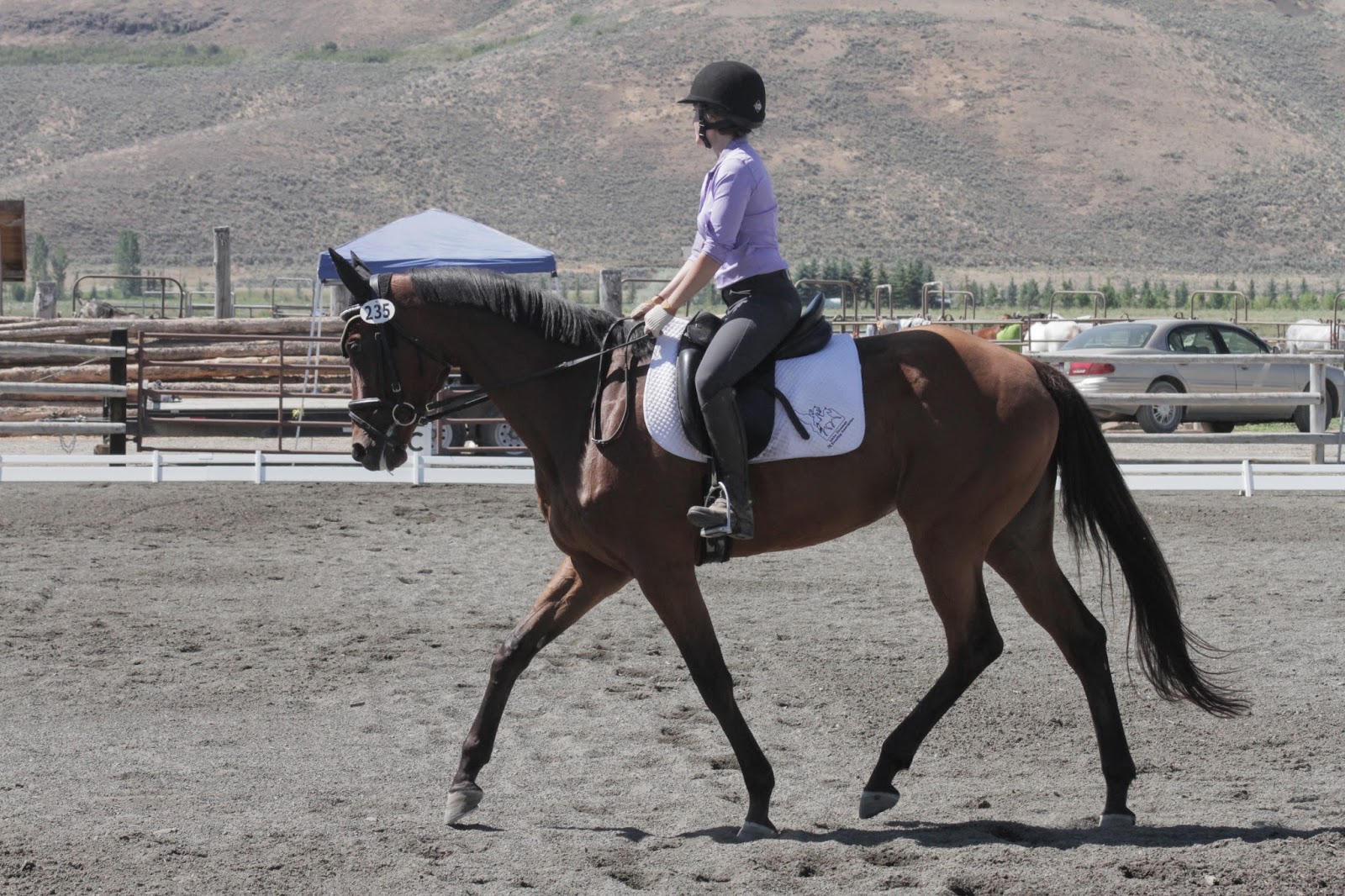 Yeah, that didn't really work. She was super tense, as was I. Aimee found us, a sloppy mess, and alerted me to the fact that I still had about an hour until my ride time. Whoops. She calmed me down and found a lunge line for me. I hooked the mare up and just let her rip around. She didn't play or bolt or do anything stupid. She just stretched those legs and went for it. And some stupid ho on her arab kept coming into my lunging circle. The warm up field is about a trillion acres, get your ass out of my circle! I should have just let Bacon run into her. Dang nice people politics. 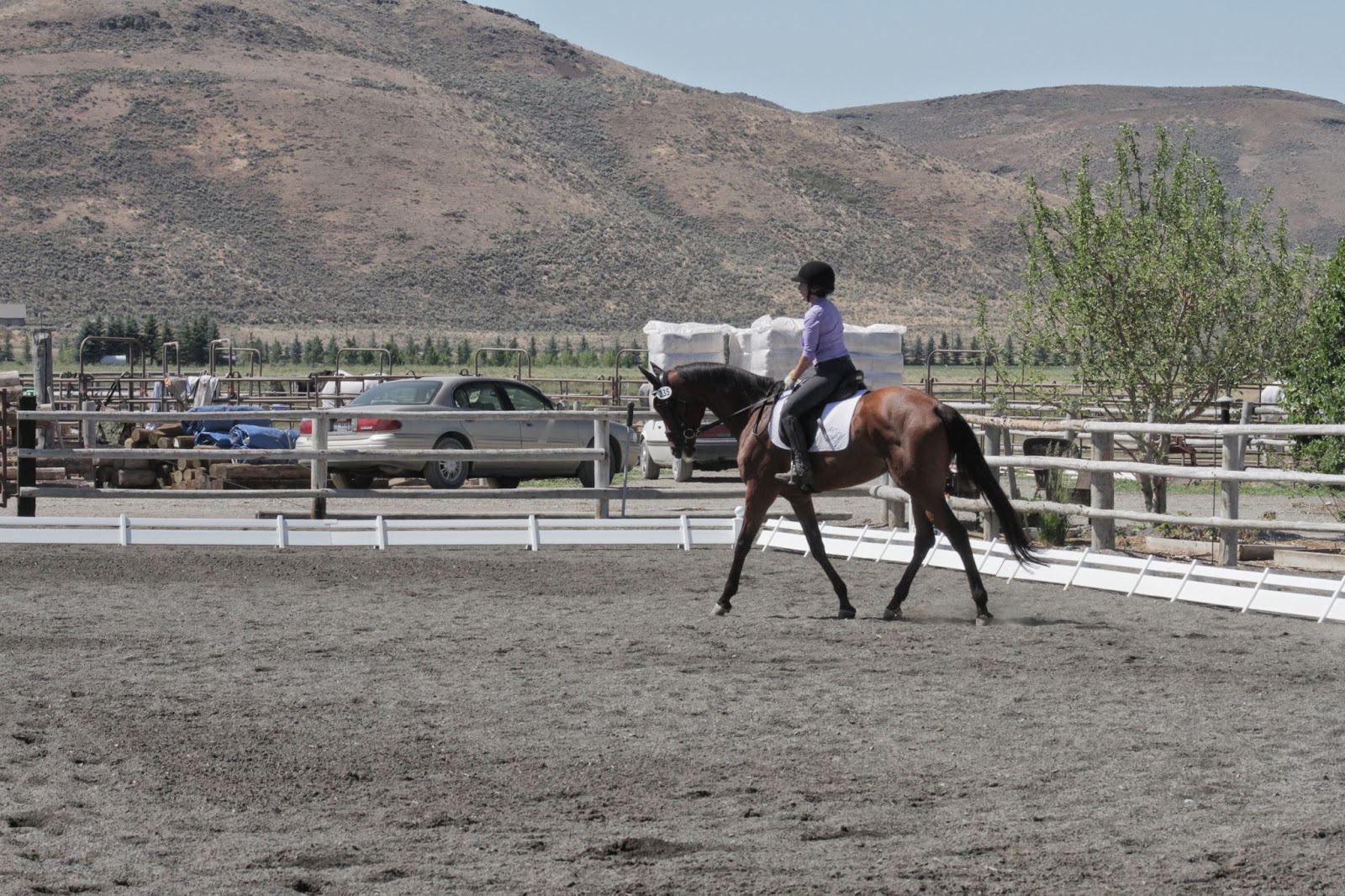 I hopped back on and rode a little longer. She felt better, and instead of frying her all over again, I got off and hid in the shade until it was about time to go. We had the same judge as our first derby, and she felt the same way about us as the last time. We had "no bend". I can agree with that. Bacon and I were a little all over the place, she was a little tense and I believe one of our canter circles was about half as big as it should have been. Whoops again. I was just happy that she had picked up the correct leads. She wasn't listening too much to my seat either, but I was bracing against her too. But all in all, I was pretty happy with it. Even if we were in last place with our 47. 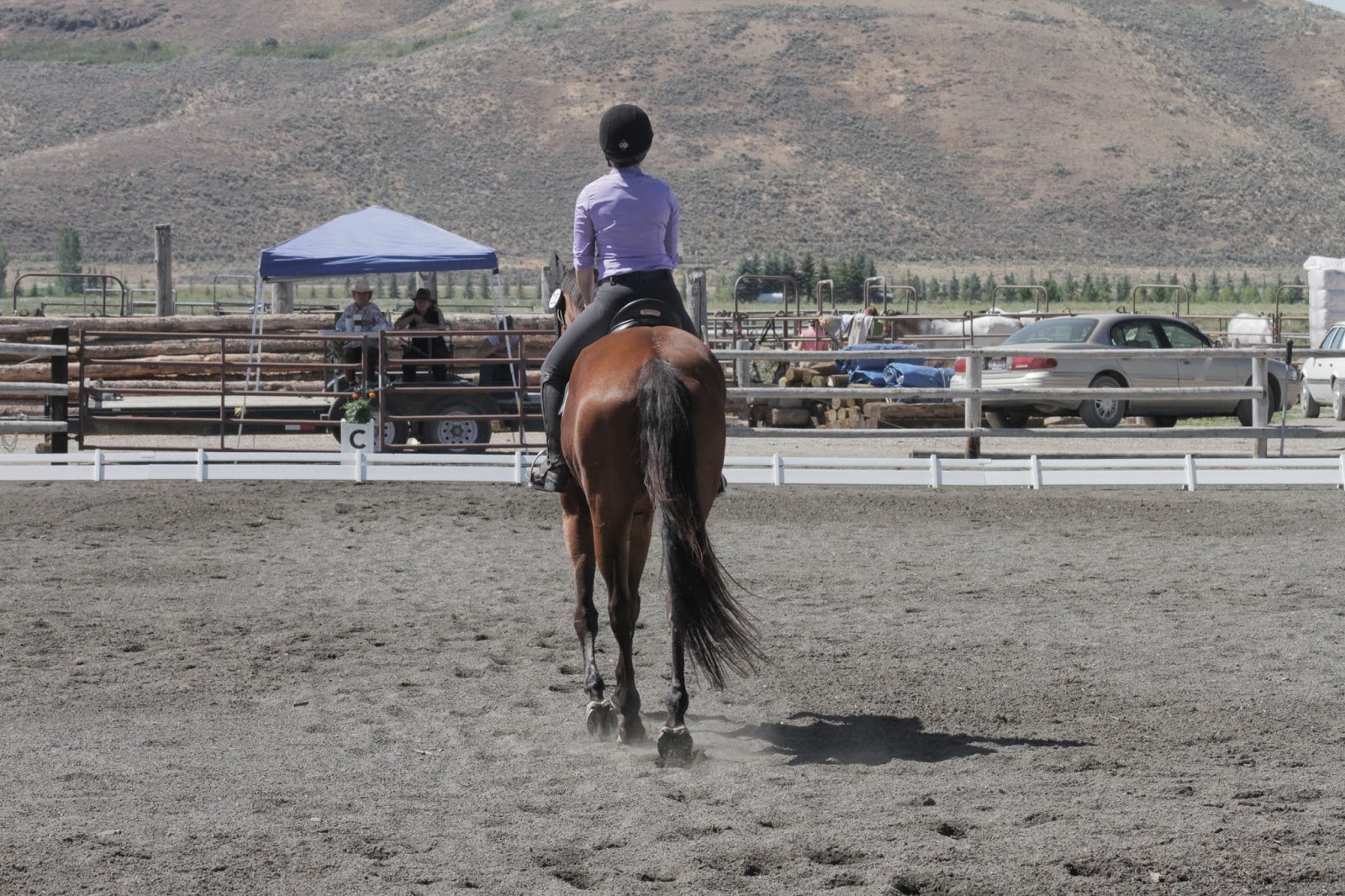 Bacon had about 30 minutes before she had to be dressed for cross country. I drank a lot. Took another huff of my gaseous steroids and got ready. I had a different horse under me when she realized that we were now jumping. She stood ever so still gazing out into the fields of jumps, and was completely content. Apparently she just hates dressage. We were second to go, and out of the start box we went. The first jump was a regular standard jump. She kind of looked at it, I had my leg on, over she went, and that was the end of that. 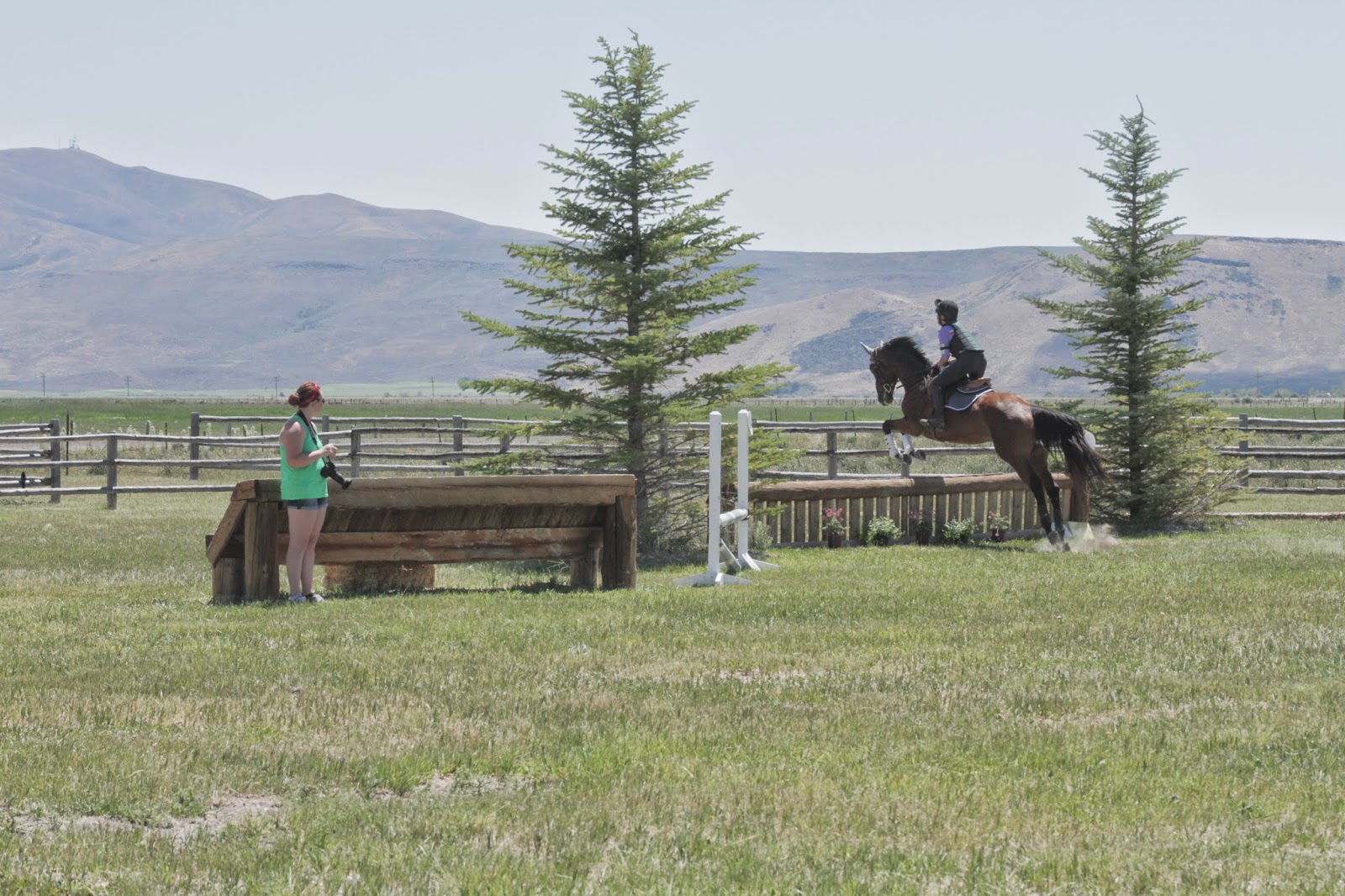 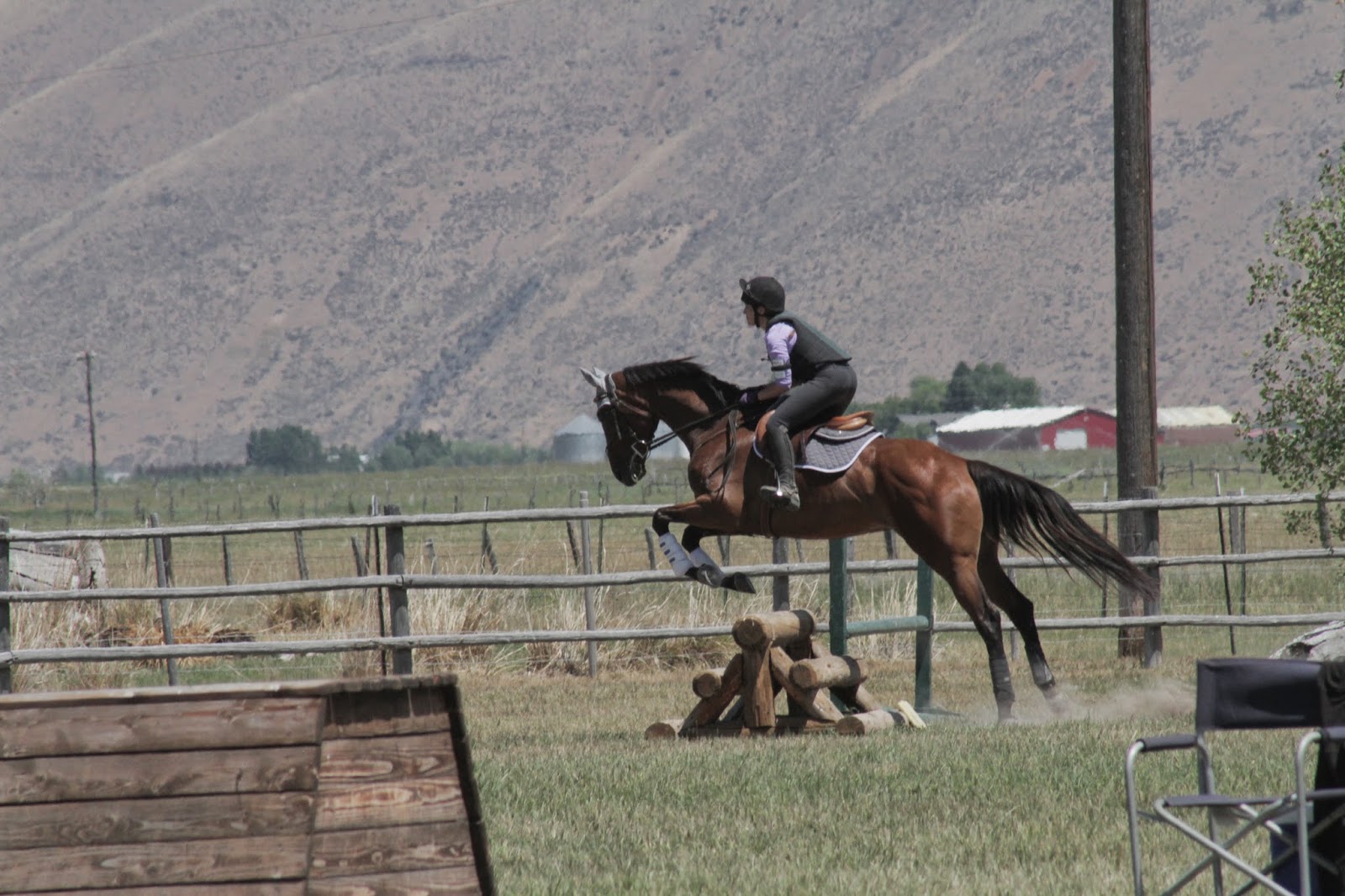 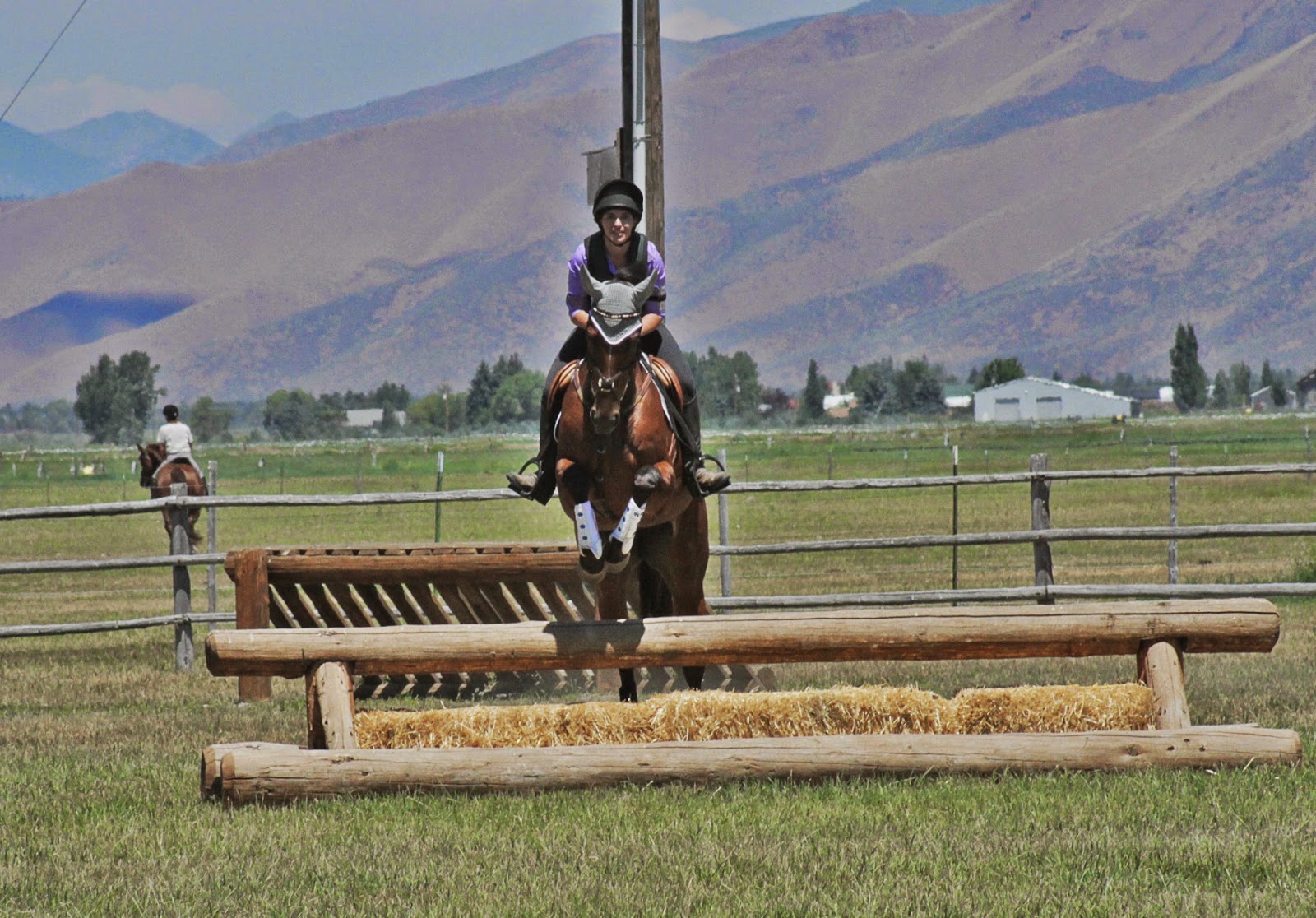 There was no stopping the magical beast/ It was point, leg on, and hold on. I tried to set her up as perfectly as I could to each jump, especially the elephant trap. But she had come alive and was ready for anything. I had to haul on her face on the up and down bank. She hadn't gone down that particular bank, and it was steeper than the others. But she was a honey badger. She didn't give a damn. Same thing with the cabin. I waited for a giant leap, but all was good. Fifteen jumps later, I was still alive and my horse was completely happy. She cruised around on the buckle, stood to let me catch my breath, and happily hung out with another horse while his owner and I chatted about the course. 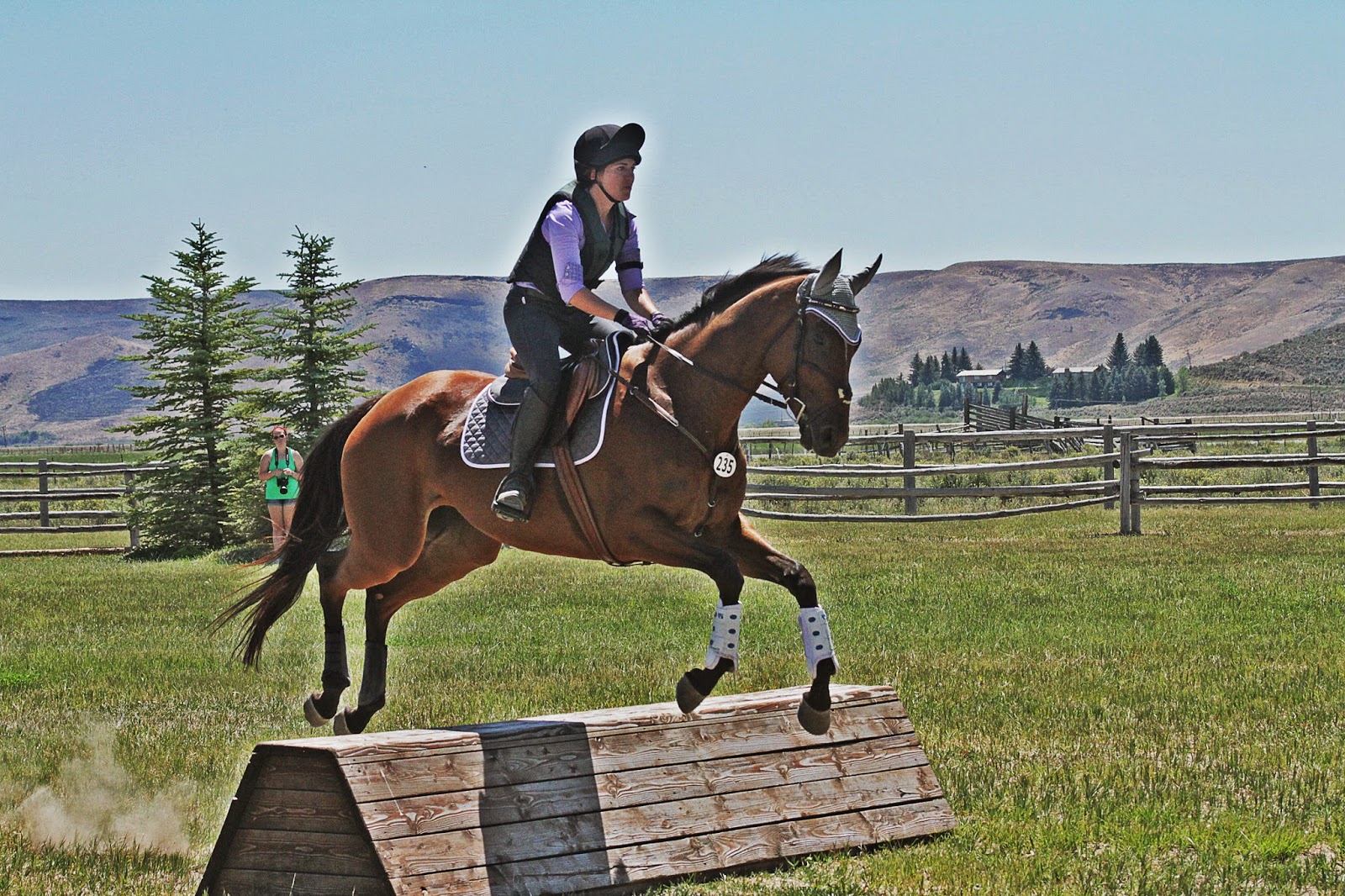 It was freaking awesome. 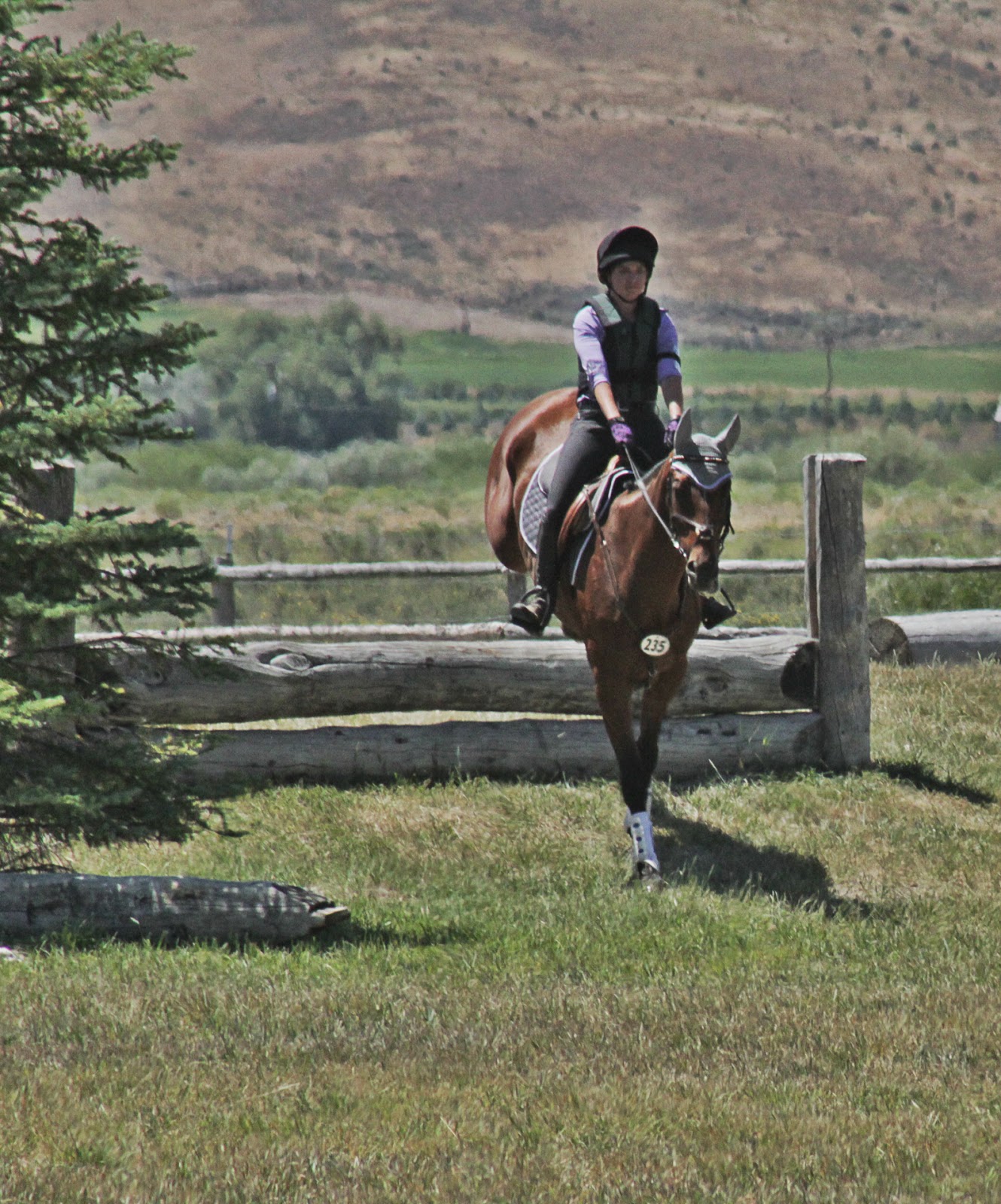 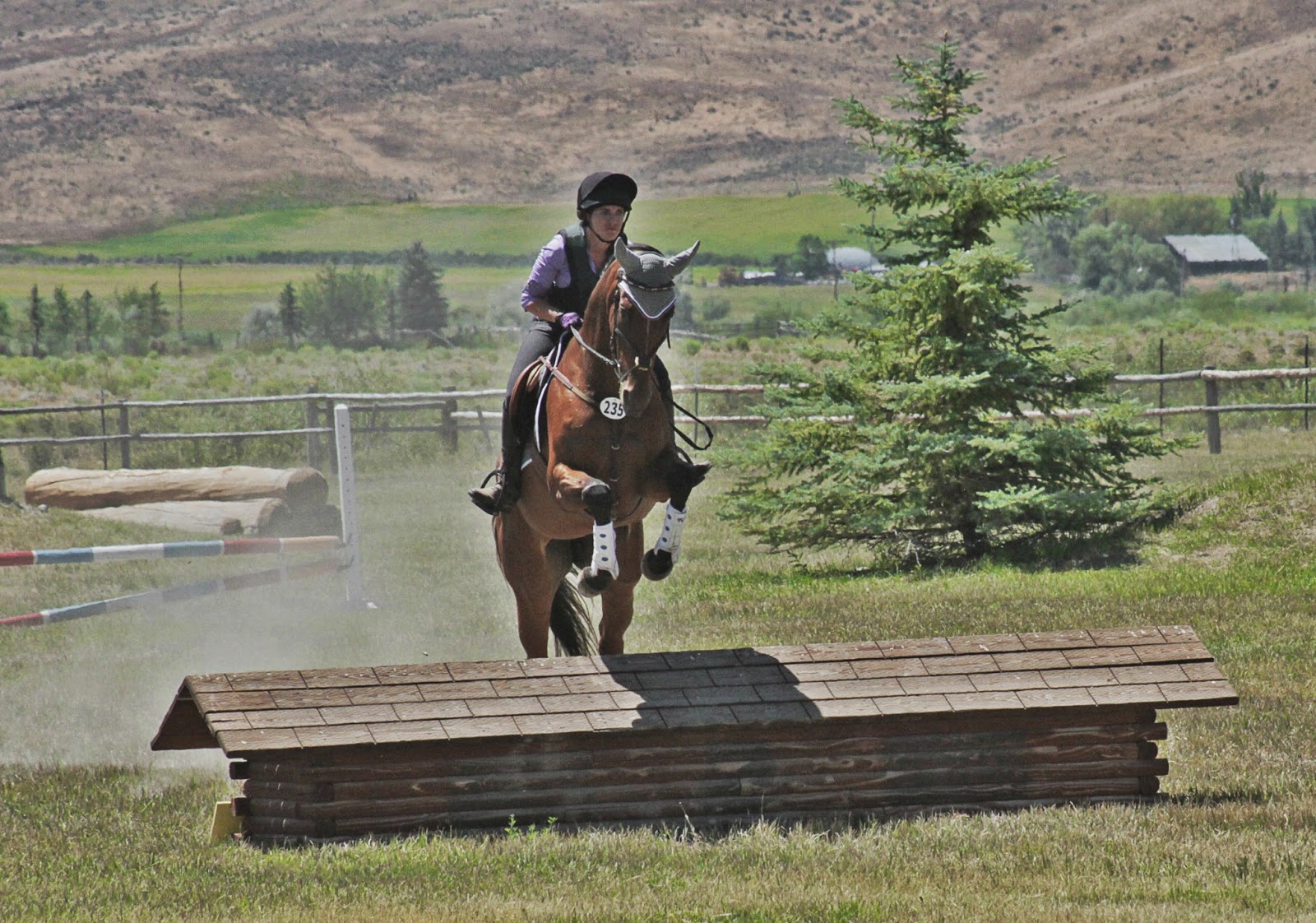 I love this pony. And she loves cross country. She ate and drank and took a nap and didn't even weave for a few hours. I was so happy. We did end up moving one position up, so there was that too. Yay pony! 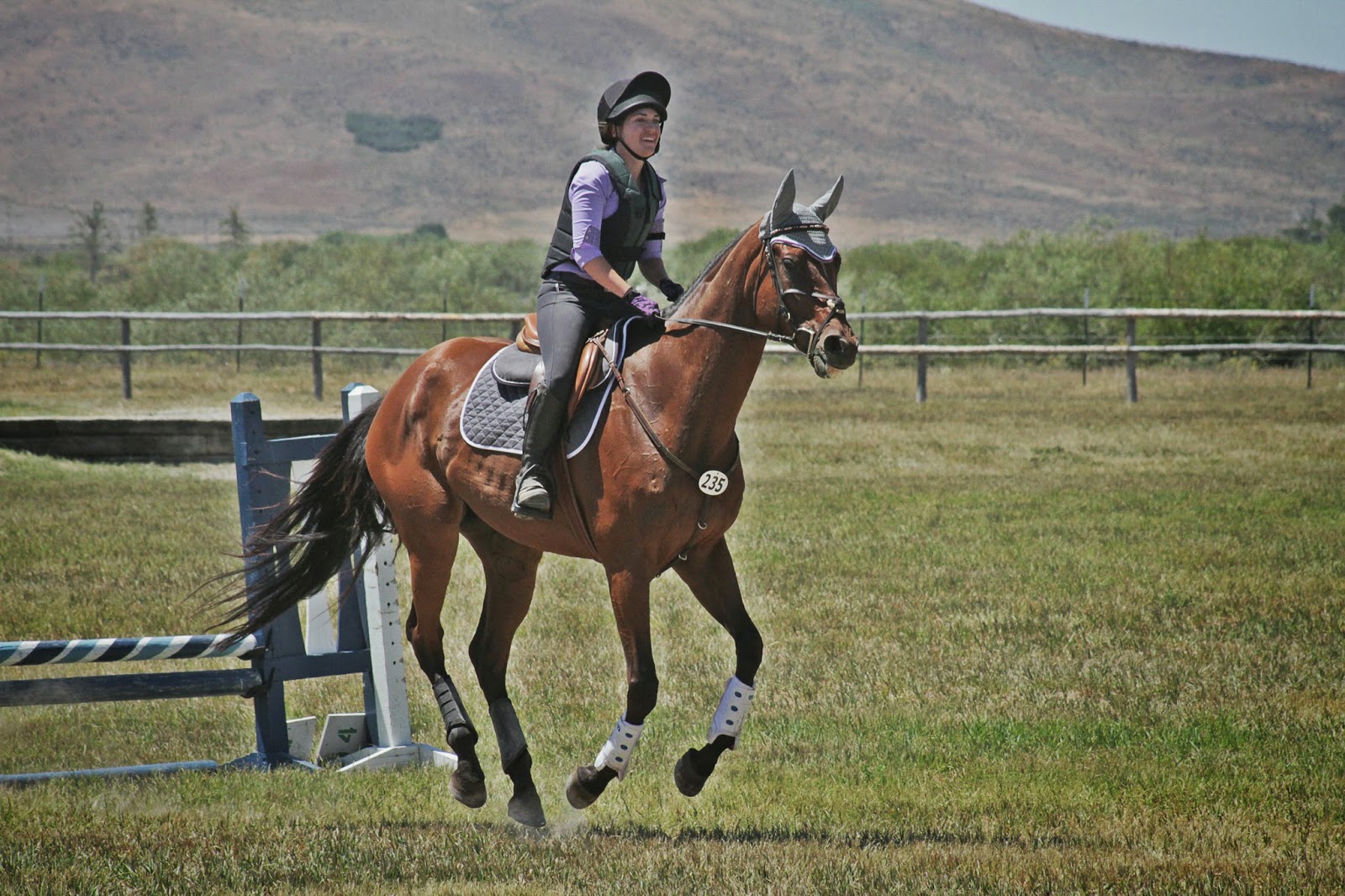 Posted by HolyBully at 2:33 PM