What did the year look like for us? It was filled with a variety of fun and some not so fun, but such is life. Bacon and I kept ourselves busy when I was feeling up to it and when she didn't have sore tootsies. Let's take a look at what 2015 had in store for us.

January
There was no riding during this month. Because we are in Idaho and winter is mean and frozen and gross when you don't have an indoor. But, hubs and I did go on our honeymoon cruise to Mexico! And I met my ENT doctor, who also concluded that I have Lyme disease. I also announced that I would be leaving my job as a veterinary assistant because of the sickness. Boo. 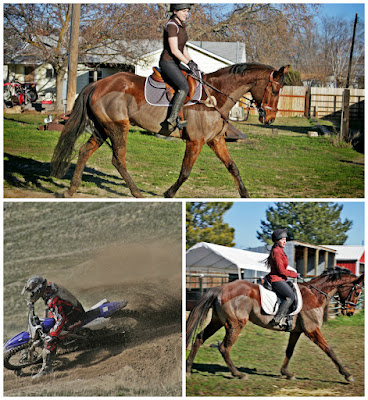 February
Husband bought a new motorcycle, because he is evil. I was excited because I rode two days in a row and I hadn't been able to do that. I did a blog hop on fear in the horse world and we worked on dressage in the pasture. 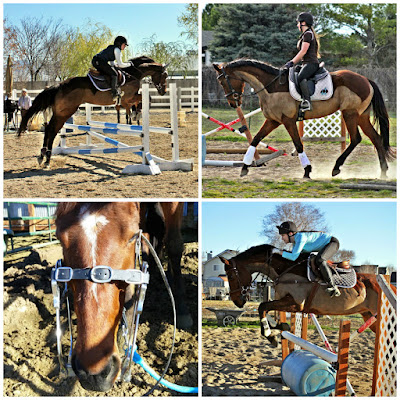 March
Bacon had some lameness, the first in over a year. I was so very worried. And then, DUH, thrush. She had been living in mud for months, and that had been a battle. Everybody got their teeth done and I laughed like a horrible person at the line of drugged ponies. Bacon's feet were better and I got to ride in the Nicole Cobb clinic on my birthday on day one! And then on our second day, I had an asthma attack and was completely embarrassed.

April
We got our awesome trailer (that we still don't have a truck to pull) this month. It was a circus, but it is awesome. I had my nasal/sinus surgery and promptly two weeks later, traveled to Utah and rode in a clinic. It was Bacon and I's first out of state outing, and despite the rain canceling the xc riding, we had a lot of fun. The horses were electric because of the xc was in the middle and around a horse track, complete with trains right next to us and soccer fields as well. It was also our first indoor experience. 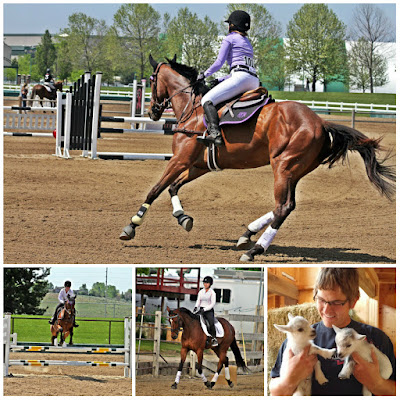 May
We started May out with a ton of fun had in our first jumper show. We competed in the 2'9" and 3' division both days and came out with lots of ribbons and reserve champs for 3'. We also competed in a dressage schooling show and scored a personal best of 33 for the Novice A test. It was the most relaxed we had ever been. We also picked out Blake's new kids, Mr. Mayhem and Reaper! Annnd I learned my Grandpa Frank had leukemia and that my insurance company did not want to cover my surgery. 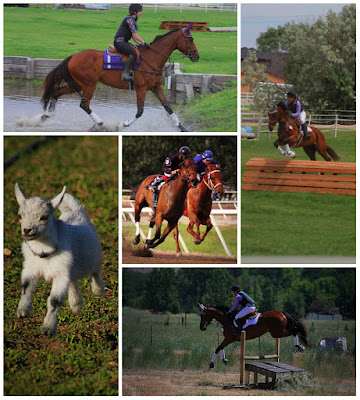 June
Regardless of the sadness, we still had a good time in June. We started out doing a clinic with Jan Byyny and it was awesome. First day was stadium day and second day was xc. That same weekend we competed in our first novice derby. Though we struggled getting our left lead again in dressage, it was still a good test and we finished on our score of 35. The horse races began too and we started with a win! We competed in our second novice derby and had our first run out on xc because I lost a stirrup and my arm band slid down and got caught on my hand between the sunken road. We also brought the goaties home. 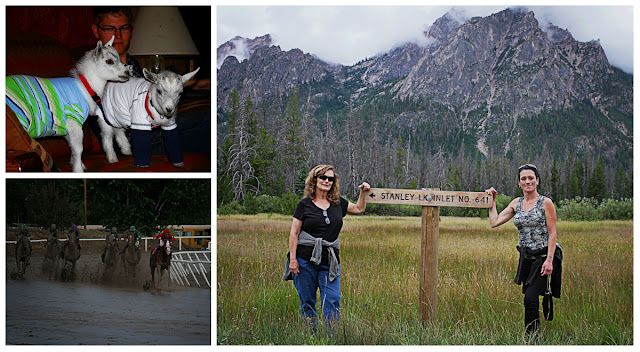 July
I only posted 3 times in July. I was feeling pretty sick and didn't ride much. My mom and grandma came to visit from Arizona though, and we revisited one of my most favorite places on earth. Stanley Lake. My brother and I looked at the map on the trail and made a vow to come back and hike up to Goat Lake. The goats kept my busy and happy and I shared my new goal of hiking to Goat Lake and my husband pushing to make that happen sooner rather than later. 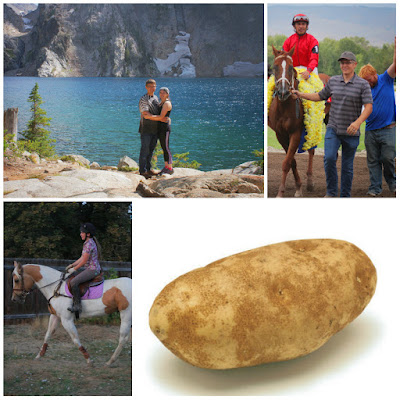 August
I learned that Slipknot would be coming to Idaho in October on this month! We completed my goal of hiking to Goat Lake, which was worth the torture and almost dying. We also won two Idaho Cup races that same weekend. I rode Vegas in the CWD and it was pretty laughable. She determined that she would rather be a western pony. I also did one of my favorite posts, the one where I shared what other objects my horses look like. 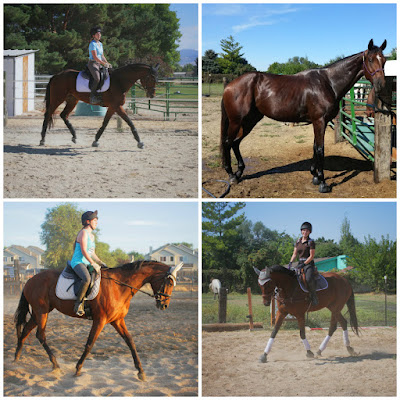 September
I saw a new doctor I hoped would help me, but he couldn't and I pouted some more. Hubs and I celebrated our first wedding anniversary and I got to ride the Baconator a little more. We had a fun pony day and got fun pictures and a new stirrup position. We still struggled with lameness and had the vet out, who decided it was her frogs that were the bain of our existence. I felt so stupid because I never realized it and failed at hoof knowledge. Despite the feet issues, we still had a fun pony weekend at the end of September and worked on dressage. 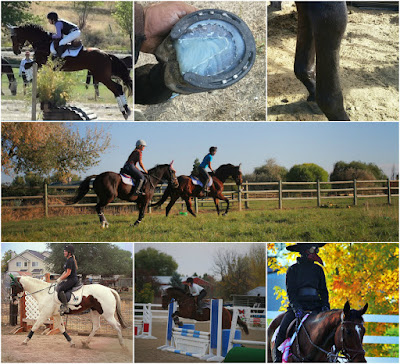 October
Bacon and I had the super farrier come out and put fancy feet on. The result ended with us competing in our last novice derby of the season. We defeated the sunken road with no issues this time and came out with a first place. And my horse survived being braided. My horse came up with a stupid swollen knee and no lameness, we had more pony weekends with friends and discovered truffle fries. We went to the Slipknot concert (wee!) and I convinced my husband to let me ride Lucy in the dressage saddle. AND competed in our last show of the season, a jumper show, in 2'9" and 3', on a fire breathing dragon and hit our new personal best in height dressed as a plague doctor and a carcass horse. 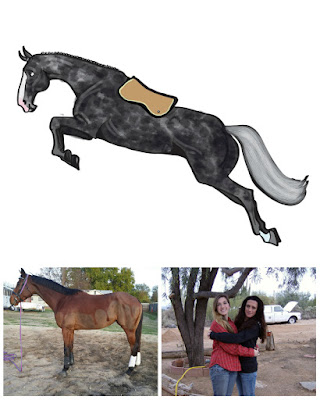 November
I offered up my cartoon services and so many of you ordered some (thank you soooo much!) and my mom became extremely ill again and required hospitalization for the third time this year. And I did a couple of blog hops. Life slowed down quite a bit after October.
December
Ah, here we are now. Not much riding has happened, but I did get to ride in an indoor again this month. On the most obnoxious my horse has ever been. And I did get to ride her again the other day before it dumped snow and froze, and again it was a little exciting. My horse bucked with me for the first time ever and I laughed. We got the pens filled with road mix, mats and sand. And I stated my musical dressage goals!

I hope your year was kind to you. You never know how it is going to play out, and even though I could have done without the expensive surgery, lameness, sicknesses, and money issues, there was a lot to be excited about. Now it is time to go out into the 17 degree weather to go clean some frozen pens!
Posted by HolyBully at 7:00 AM