A Small Adventure Means So Much


After a draining week at work last week, I couldn't have been more excited to have a small field trip with Bacon. I had signed us up for one of the last event derbies in the area in hopes that I would be able to feel good enough to hang on and finish it up. Lindsey was kind enough to volunteer her truck/trailer/coaching/babysitting skills for the weekend. And our adventure began Saturday after work.

Note: Fractious/aggressive bulldogs are about one of the most difficult things to hold on to. It's like holding onto a damn bowling ball with teeth and fun smells and lots of gas. Yeesh.
Satuday I rushed home, changed, grabbed my tack and a Bacon, and we toodled off to Courage and Prisoner's home for a quick school before our show. I got the fancy lady tacked up, threw on her new perfect FUN bonnet, and off we went. I was pretty tired from wrestling that bulldog, but the girls were ready with water, my inhaler, and lots of breaks if I needed.
Oh my. I felt sloppy, weak, and inefficient as we rode through a course after playing the circle of death. The circle went better than I thought it would, and it forced me to constantly be ready and looking for the next jump and just riding through. That was nice, so we raised the jumps and moved onto the course.

My first time through was not pretty. Well, neither was my second time, but I felt like it was quite a bit better. I was getting weird distances, and was a bit under powered (hence the weird distances) and my legs were jello. I got jumped out of the tack once because I was a sad little potato in the saddle, and it was the 3ft jump down the hill. But we did have some nice jumps. Nice for a weak weirdo who has hardly ridden the past couple of months. 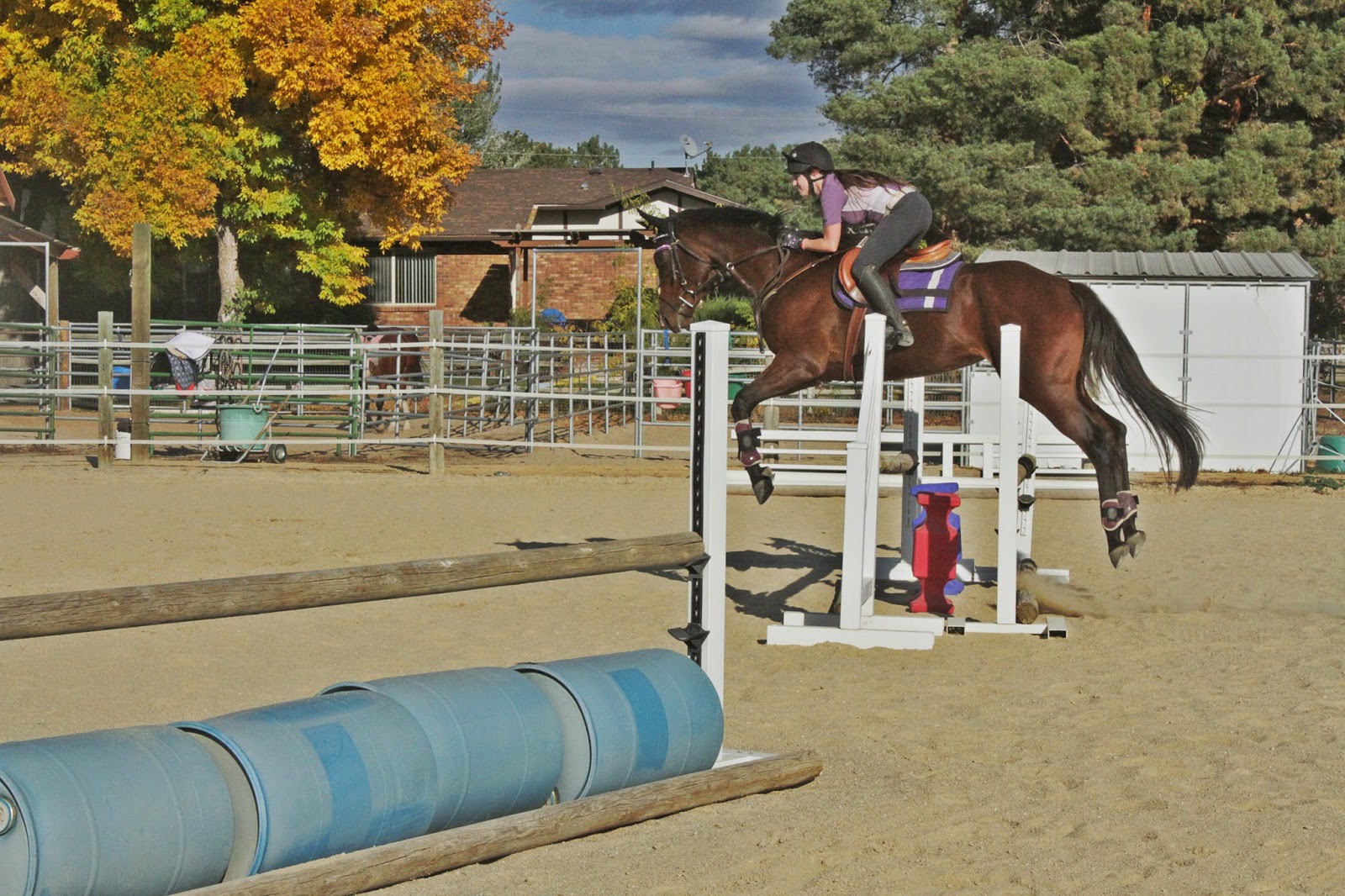 Bacon was game for all of it though, and did her best to get us over the jumps. Yay for having my good girl!

Posted by HolyBully at 9:08 AM