One of my favorite times of the year in blogland is now. I love reading people's recap's of their year, although I know a few of you have had quite the rollercoaster ride. I was lucky this year in that I got to experience so many new things with Bacon, travel and compete all over, and enjoy the company of my friends as well as cheer them on, near or far. And, with the help of a LOT of you, you made that possible (even though I still have two paintings left, sigh. I am the slowest person on Earth). So thank you, thank you all so much.


Bacon rang in the new year by getting a bizarre case of cellulitis in her neck and scaring the hell out of me. She spent the first few days of 2017 in the hospital, but quickly recovered and I took her home, thankful that it didn't get worse. She likes to keep things interesting.

February-
We waited and waited and waited for snowpocalypse to pass here, so riding was done fairly infrequently and we trekked to local indoor arenas to do it. Blake's great grandma passed away, as well as my friend's mom a few days later and I found out that my mom needed a double lung transplant. Good times.
March-
Things finally started to thaw and Bacon went to the vet to get all of the things done. All of her vets gushed over her and she got compliments on her new haircut, which was drawn on her coggins. We let out some steam in a giant outdoor arena and went on our first conditioning ride.

We said goodbye to the sweetest Moo dog ever after 11 years. Bacon and I headed up to Spokane for a spring schooling and derby, where we wildly flew over most of the training fences and I became frustrated with her hormones, allergies and wild behavior. She started to become very difficult to ride, but I likened it to springtime sillies. We also pick up a 1 year old Great Dane that we name Skully while up there and she joins our family.

A couple weeks later, we came back for our first recognized HT of the year, running novice. There was a lot of head flipping and temperamental behavior from Bacon, but we finished in 9th. I was concerned and scheduled an appointment with the vet. We determined that there was a lot of pain located near her SI and haunches, but her muscles were very very tight. We decided to do a course of muscle relaxers followed by chiro work and Osphos.

The combo of meds proved to be very helpful and I started to get my old horse back. We loaded up and headed towards California for the HT at Camelot. I was really really nervous because it was Bacon and I's training debut. Bacon hated the stalls and broke free twice, but was an angel out of them. We had out best dressage test ever (with cool blogger friends watching even) and though I worried about the drop and coffin on the xc course, Bacon laughed at it. Everything went to poo when our friend M had an accident in warm up and crushed her pelvis, with us having to leave her in the hospital. She demanded that we bring home ribbons, and Bacon and I did just that when we finished in 3rd place with a double clear round in show jumping. After, we got to school xc and did some prelim stuff, which she ate up. Eventually M made it back home to Idaho (and is now gearing up for her first show in Feb!!!) but wow, what a trip.

The month started out bad. I had to bring in my dad's dog, Mack, to be put to sleep from bladder cancer and it was horrible. I had been looking forward to going to Rebecca for a long time. I was not sure how Bacon was going to do in that wild atmosphere, but I swallowed my fear. We stopped in Spokane first to school xc (and we jumped a intermediate chevron out of the water!) and my friend competed in a dressage show. The husbands found "Smoke-ane" and came back stoned from a water park adventure amungst all the dressage people. On our way to Montana, E's truck broke down on a mountain and thought about going backwards with the horse trailer. I tried to not think about dying, the boys figured it out and we made it to Rebecca. Bacon did surprisingly well with all of the commotion until we got into the dressage ring. The whole dressage thing was a mess. XC day was a blast, although I thought the jumps could have been better, but Bacon came in with some fluid above her knee. We iced and wrapped and it was gone the next morning, but it reappeared in the show jump ring and my normally clean girl took down three rails. I still wish I would have withdrawn her, but we live and learn.

My husband's work had been bought out by a different company and we were supposed to go on their health insurance place. There was a mixup, and I ended up unable to get health insurance, which meant I was unable to get my prescriptions. That led to a rough month. We went up to Deary, Idaho for the Stanton HT in the wildfires. I had a full body tremor attack while schooling the day before dressage and my wild mare stopped her antics and held still for the whole process. Bacon was great in the dressage warm up, but the second she hit the ring it all went out the door. Our xc course was dry slick and all of the ditches were filled with tan gravel, which caught Bacon by surprise at every single one. She was very distracted (not normal) and we almost had a stop at the double down bank into the water. We continued our bad rail mojo from Rebecca and took two rails this time in show jumping, but that double down bank got a lot of horses so we still got 4th. But her behavior raised another flag. Out came the vet again. Oh, and she dislocated my thumb when backing out of the trailer (on accident) and it hurt like a mofo.

Bacon got SI and coffin injections. I had decided to enter the championship division at Aspen and thought about withdrawing. Fortunately, Bacon seemed to feel great again and we left towards the raging wildfires in Washington. Bacon was a little wild in the stalls here and we had a very rough schooling ride the day before dressage. I did not feel like we belonged there at that point in time. Fortunately the next day, she came out to play and was much more cooperative than the day before. We made it through there and I was pleased that she held it together. I tried not to crap my pants about xc and even though we got lost on course for a good 20 seconds, Bacon had a complete blast out there. And so did I. Show jumping day brought a fierce mare who was still happy to be jumping things. I could tell something was wrong with me and halfway through our course I had an asthma attack. She finished out the course like the great horse she is and then stood like a rock again with I tried to breathe on top of her and the medics came over. In regular Bacon fashion, we pulled another grey 9th place ribbon and a smile was plastered across my face for our victory gallop. Aspen became my favorite venue to date. 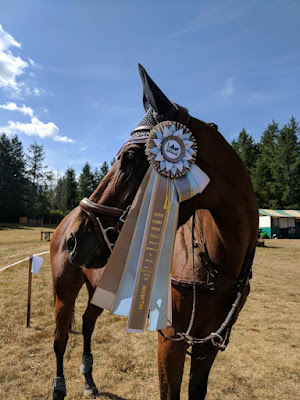 October-
After getting back home, I tried to focus on lots of long and low and lighter work since our season was coming to a close. But as the weeks passed by, I noticed that Bacon was starting to feel ouchie yet again. Up until this point, we had: navicular bursa injections, hock injections, coffin and SI injections, Osphos, Pentosan, generic Adequan, muscle relaxers and regular chiro, regular stretching and massaging, teeth done, etc. I spoke with my vet and farrier and we decided that the next best course of action was to just let her have time off in a bigger space and pull her shoes.

November-
Much of this month was getting Bacon ready to move to the in-laws and just hanging out. I also decided that if Bacon wasn't ready to come back to work in the spring that Pandora would be my new focus. I am still struggling with this. Hubs has grand visions. I have other visions...


Bacon moves to the in-laws. I cry. And now husband is trying to get me to bring a mini horse home that is currently getting beat up by the other horses it lives with. Bad things happen with my mom and addiction is a horrible disease.

Sooo we had some pretty banging things happen in there. It kind of poops out at the end, but it can't all be sunshine and rainbows. This next year is really really up in the air. There is something I would like to do with the Baconator, but we will see. We need a new house with more land. I could use some more medical answers, if possible. Once I finish these last two paintings, I will try to open up for commissions again but will probably only do 5 at a time so I don't feel overwhelmed and get too behind. My vision and tremors are getting worse, so I don't know if I will be able to keep them up and may have to try to turn to photography to help fund the pony stuff. All I know is that next year my be filled with surprises. 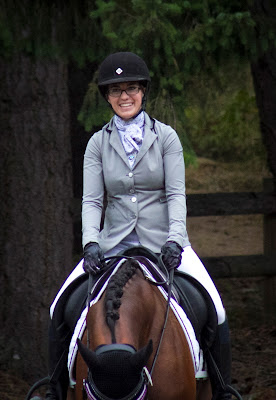 And Bacon. She is a firecracker. But how can you not love her? She always takes care of me and always makes cross country a blast. She is just an incredible partner. And she gives the best damn kisses. 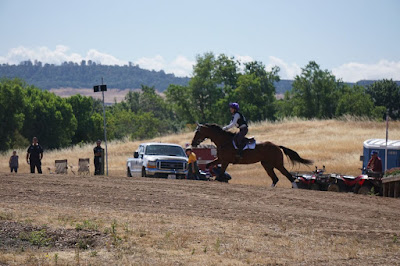 Posted by HolyBully at 5:30 AM